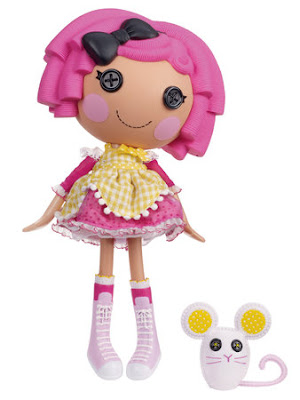 Okay, on first glance, cute pink-haired Lalaloopsy doesn't seem creepy--that is unless you've read the book Coraline or seen the movie. Because the evil-scary-bad people have those exact same button eyes. Creepiest thing ever! (Shudders just thinking about it.) Don't put this doll on your bed. She may kill you sometime during the night. That's why she's smiling. 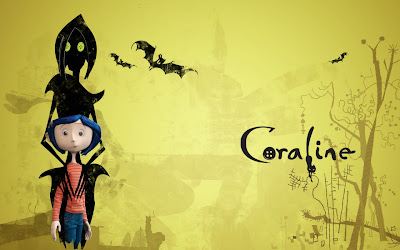 Some things shouldn't be combined. Dora and Pillow Pets are two of those things. 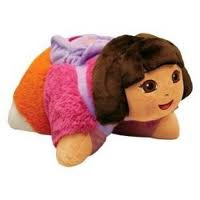 Dora looks like she has become some sort of mutant furry animal akin to that freaky dog in the original Body Snatchers movie. (But at least he doesn't have button eyes.) 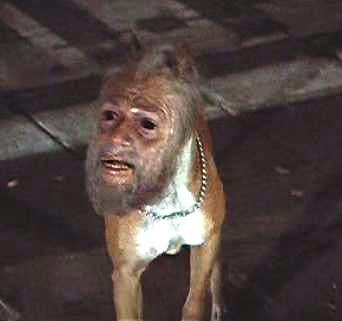 I've always loved Barbie. Really. I have more Barbies than is probably healthy for a grown woman to own. (But that's a different blog.) So I was understandably disturbed to see decapitated Barbie heads in the toy aisle. My first thought was, "Well, it looks like Mattel has finally done a Marie Antoinette doll." Then I realized that no, Barbie now has a line where the heads are switchable. Remember how people used to worry that Barbie sent the wrong body image message to young girls? I'm glad they've straightened out that issue. 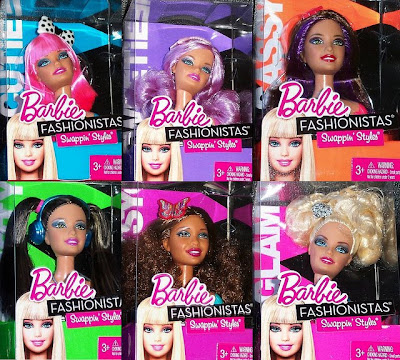 I'm a huge Star Wars fan. At one point I wanted to marry Luke Skywalker. (On some days I still do.) I hate to criticize anything Star Wars, but despite this deep seated love, I must point out that Yoda makes a really creepy child's toy. 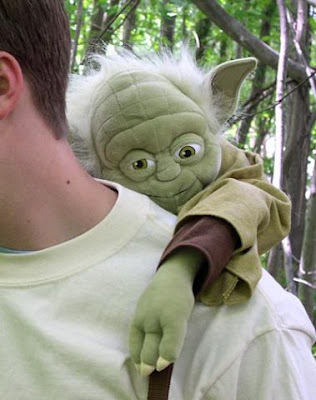 Um, am I only the one who thinks that Yoda looks like he has emerged from a horror film and is trying to strangle this hapless child? 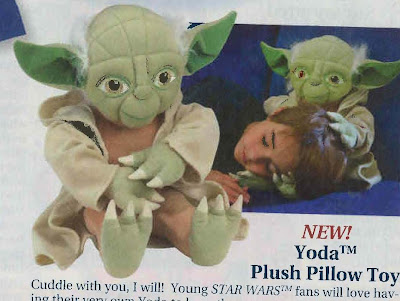 The catalog copy says Cuddle with you, I will! Judging from this picture, Yoda is also saying, "Hide under your bed, I will. Come out at night while you're sleeping, I will. Try to suck your brains out, I will."

No thanks, I'll pass on that Star Wars memorabilia.

If you haven't seen the movie Rango, this next picture is Ms. Beans, the love interest of Johnny Depp--er, I mean Rango. Johny Depp just does the voice for Rango. Anyway, she's supposed to be a Desert Iguana. 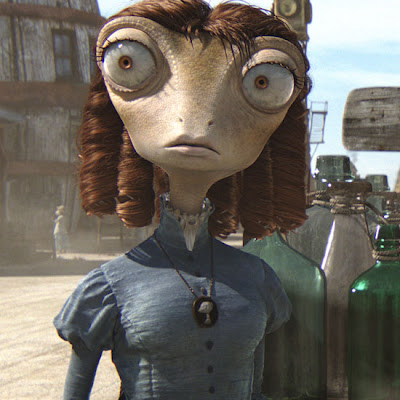 Personally, I think she would frighten most children and many adults. I mean, really, she is clearly just an alien wearing a wig. 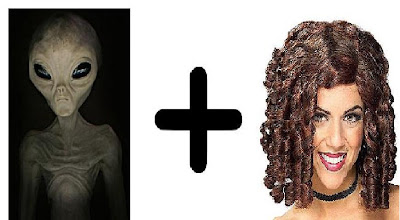 So parents, if you are going to go to the trouble to buy your children a gift, don't buy them one that they will later need therapy for. Hey, I know what would be really great. How about a book? I know of many good ones, including this one: 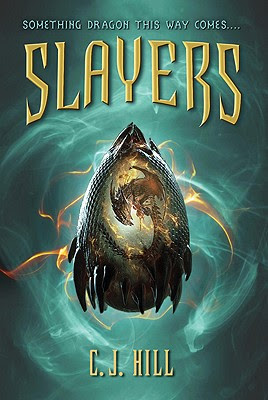 It's available at all your fine bookstores (including the Portland airport--how awesome is that?) Here are links for your convenience. (Because I'm thoughtful that way.)

Or if you're looking for a kindle bargain try this book at 2.51

Labels: What marketing board thought these would make good toys

They make Barbies with interchangeable heads??? *So confused*

I think Yoda is cute. But that Dora pillow pet...words cannot describe.

I saw the Dora pillow pet in stores at Christmas time (shudder). I went with the unicorn.

CJ Hill said...
This comment has been removed by the author.
5:29 PM

Dora looks like you need to set her out to graze after you play with her.

Next on the aisle: miniature guillotine beside her!

that's pretty creepy. my friend was just talking about Coraline, but I begged her to not go further than some person trying to put buttons on some girl's eyes. gross.

Barbies r getting weider every year. i stopped collecting them. I mean, LOOK at those Barbies that are supposed to be based of real people. creepy.

Janette Rallison, I saw on 1 of ur really old posts, u were explaining how u think some people made names for their characters. Gerorge Lucas actually cam up w/ the name "Darth Vader" cause in Dutch it translates to "dark father". intresting, isn't it?

The Dora pillow is kind of disturbing, but I do actually like the stuffed Yoda. :D

I read the Dollhouse Murders when I was younger too--and still remember it. Coraline is about as creepy as I can go in a book but I wouldn't give it to my youngest daughter to read, lest she have a lifelong aversion to buttons.

Dark father? Oh, see,if I had known Dutch I would have figure out that Darth is Luke's father. Have you seen the How it Should Have Ended version of that Star Wars, by the way? If you haven't, go see it on Youtube. I love that one and the Wizard of Oz one.

yep. if u knew Dutch, u'd have figured out the secret early.

i'll check out that video.

I love The Lord of the Engagement Ring. Too funny!

And thanks J. Lloyd

that Yoda is CUTE! I would TOTALLY get 4 my family 4 Christmas. he looks much more cuddly than the alien Yoda in the movie.

I nver saw Rango. nver will. convinced my bro out of watching it. quite disgusting looking.

That pic on ur story "My Double Life", I personally think her dress is hideous. its thin & covered in sequins. & showing her armpit. its not evben PRETTY. I know you have no control over the cover pic, but still.

why do I post so much? *self question, rhetorical* I dunno. I love to chat & spouse random things.

Janette, do u know if any authors on blogspot? if so, I would like 2 know & get a link 2 there blog. thx!

My daughter wanted a lalaloopsy doll for Christmas, and I totally thought the same thing - hey, this doll looks like it fell out of Coraline - and everyone seemed to have no idea what I was talking about! Too funny...

Casandra,
When I was young I had the same problem with story ideas. I never finished anything. Don't worry about it. You're still practicing. Keep practicing and one day you'll start finishing those stories.

Mandi,
I've come to think that those Lalaloopsy dolls are a litmus test for people who read. Congratulations on being in that category.

Your comments totally cracked me up, especially the Barbie one! So true!!! Sometimes I wonder who comes up with these things - obviously people who don't have children. :)

I just got your Slayers for Christmas - haven't read it yet. I have a library pile I have to finish first since those have to be returned, but I can't wait! I didn't even realize it was out until I saw the post on Kathy's blog (I am a reader not a writer). Can't wait until your next release!

I know all about those library piles. I swear, my overdue fines are enough to fund the local library.

My captcha is uncented, which strikes me as wildly funny somehow. (Maybe it's just because it's nearly two in the morning. Stupid revisions.)

have you read the Hunger Games? they're holding a dystopian writing contest & the grand prize is an all expenses paid trip to the primere of The Hunger Games movie! for more information, go to my blog "Cassandra Day". its so cool!

Anonymous said...
This comment has been removed by a blog administrator.
1:00 PM

Anonymous said...
This comment has been removed by the author.
3:33 PM

O_O You felt that way about LaLa Loopsy too??? After "Coraline", black button eyes creep me OUT.

Does your child mimic everything you do? Buy them safe replicas of your fitness gadgets from WODtoys.

hay, mandi, you may look at our website at http://www.characterkids.co.uk/, for your daughter what she want, I hope you may get here...

I hope your babies play with kids, you now, I have a baby and he spend lot of times with his kids,,,

Rahul said...
This comment has been removed by a blog administrator.
12:31 AM

the netflix of toys said...

Unknown said...
This comment has been removed by a blog administrator.
4:32 AM

Wow I never saw Yoda as scary till today. Who would have ever thought that Dora in a pillow would look freaky lol. I never did like the lalaloopsy. It definitely looks dark like those Tim Burton movies. DP and his friends , products that we make tell me we are definitely there using cute 3D animation for kids up to 10 or maybe we are missing the boat here, if kids really are into these scary looking toys. I think that bar lalaloopsy, the other characters maybe should had better consideration before allowing licensing on these products.

kids toys This blog is having very informational content, thanks for sharing.

Thanks for sharing info. Keep up the good work...We hope you will visit our blog often as we discuss topics of interest to you
review site

having great ideas about the blog to learn and share the information with all.
Best Prom Dresses

nice to share and also to know more about it.
free quote software

This is the best post I have ever seen. Very clear and simple. Mid-portion Is quite interesting though. Keep doing this. I will visit your site again. Leon The Professional Coat

This was an extremely wonderful post. Thanks for providing this info.
Killmonger Jacket

Our the purpose is to share the reviews about the latest Jackets,Coats and Vests also shre the related Movies,Gaming, Casual,Faux Leather and Leather materials available AOT Cape

That freaking Dora pillow pet... I freaking hate it. If I EVER recieved that as a present I would literally rip it

Fantastic blog i have never ever read this type of amazing information. Tekkadan Jacket