Does it seem like my latest book is taking forever to come out, or is that just the effect of me wading through 1,200 revision comments? And by the way, that number is not an exaggeration. I showed fellow writer, Kristy, my first two drafts (435 comments and 407 comments) and she said, “Wow, I thought you made up those numbers on your blog for the comedic effect.”

Anyway, now the title has gone through the revision process. Marketing wasn’t thrilled by Faking It. They changed it to My Secret Life as a Pop Star. I wasn’t thrilled by that title. I felt that calling the book that name would make everyone remember the title as: Yes I’m Trying to Cash in on the Hannah Montana Phenomena.

The Bowed-Tied One and I had several conversations about this in which he told me that I was wrong. Very wrong.

Luckily, the title has changed once again. I’ll pretend it was because of my input and not because someone in marketing decided a shorter title would fit on the cover better.

The Bow Tied One also sent me some cover mock ups that are being test run with the sales people. I'll put them up as soon as Technology Bob converts them into files that my computer will recognize. 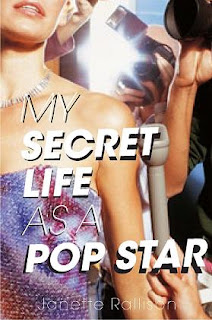 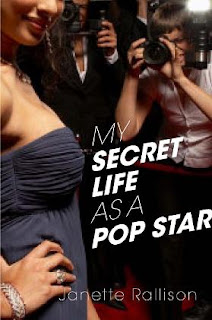 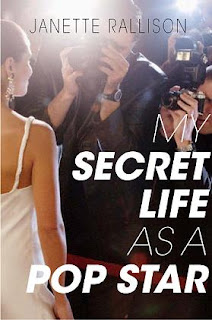 I suspected as much

The good folks over at the institute of We Have Too Much Time On Our Hands have done a study on word usage. Specifically which words we use the most in the English language. The number one word is no surprise--I've already used it four times in this blog--it's the ever popular, totally unassuming, cute as a button: THE.

But the second word may surprise those of you who aren't writers. As for we writers--yeah, we know it's number two on the list, we're always trying to pull this pesky fellow out of our prose. It's sort of a weed word. It pops up when you're not looking. It has already shown up seven times in this blog and will assuradly score much higher than that before I'm done typing. (*Ping* Now we're up to ten times.)

It's the ever present To Be verb with all of its tag-along little brothers: is, was, are, am, and were. I just went through my manuscript and plucked quite a few off the pages. But never fear all you Hamlet lovers (To be or not to be) there are still plenty to go around.

I also have to go through pulling out THATs and JUSTs. I sprinkle JUSTs through my stories like they were chocolate chips. This time I also noticed a lot of gazes. As in: His gaze ran over me. His gaze zeroed in on me. His gaze flickered to my eyes.

His gaze obvioulsy is very busy and athletic to boot (running, zeroing, flickering--it makes me tired just to think about it.) His gaze most likely does pushups in its spare time.

How are you at blond jokes?

The bow-tied one and I are having a disagreement. This is usual for the revision process. We have many disagreements, generally because he does not see nor appreciate my artistic genius. (At least that is what I keep telling him.)

The latest thing is a blond joke problem. Here is the situation: (SPOILER ALERT--this next part contains some of the plot for my next book, which will be aptly named: Yes, I Stole This Idea From Hannah Montana. Okay, that is actually not the title--that is just what I'm afraid people will think when they see the book, but I digress. If you're one of those people who doesn't want to know about the plot before you read the book, don't read on.)

Alexia, the main character is secretly a double for famous rock star, Kari Kingsley. She is even lip-synching some concerts while Kari is busy with other things. Kari Kingsley is half Latina but has dyed her hair blond and also has been known to say some stupid things to the press. During the course of the story, the press thinks that Kari is cheating on her boyfriend, soap star Micheal Jung, because they see what appears to be Kari out with another rock star, Grant Delray.

Kari can't fess up that she has a double and so when a cameraman catches up with her and asks if she is dating both Micheal and Grant, she answers, "Not at the same time."

A couple pages later I say:

The entertainment shows gave Kari's botched dating explanation a lot of play time. the late night shows commented on it too. They said things like: "Well, who would have thought it--it looks like Kari Kingsley is a natural blond after all."

The bow-tied one wrote that he didn't get this joke. (By the way, he is blond, so that might have something to do with it.)

So my question is: Did you get the blond joke and if not, can you think of a better one to use?

One more reason to wish you were Barbie

Forget the fact that even at 50 Barbie looks great. Forget the dream house, convertible, and an endless supply of evening gowns (and apparently somewhere to wear them all). Even forget Ken, her always smiling, six-pack abs boyfriend.

This is why your really want to be the doll. 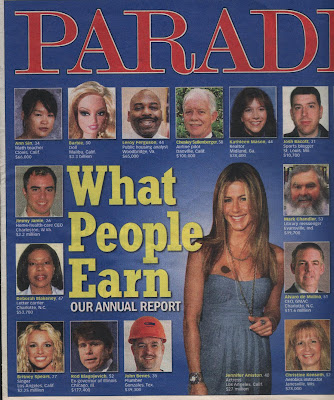 In case you can't read the numbers. This is Parade's issue of what people make. In between a math teacher who makes 66,000 and a public housing analyst who makes 65,000 Barbie makes 3.3 billion a year.

I noticed that Parade didn't report on any writer's salaries. That's probably for the best. No need to disillusion people about our glamorous lives . . .
Posted by Janette Rallison at 10:33 AM 21 comments: