winner and next book give-away 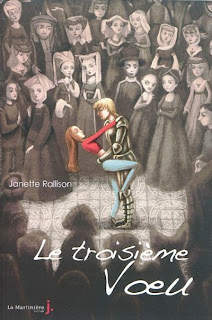 Random.org--whom I am now on a first name basis with, so I've taken to calling him Randy for short--has chosen the winner. Vanessa, it's you, dear! The very last commenter. How's that for true randomness? So Vanessa, send me your address and I'll send you a signed ARC.

But the rest of you that Randy unintentionally snubbed still have a chance because my French translator, Erzsi Deak, has an interview with me on her site in honor of the French release of My Fair Godmother, called: Le Troisieme Voeu (The Third Wish)

So here's the deal, read the interview (Oh come on, I know you all want to read about my embarrassing algebra moment) and leave a comment on my blog about something you learned from the interview. I'll give away two more ARCs. Followers get double chances the next week when I sit down with Randy again.

I should probably clean more. Who knows what I'd find? While going through the game room yesterday, I discovereed some ARCs (advanced reading copies) of My Fair Godmother. Yeah, I probably should have found a homes for those long ago. I'll start by giving one away here. That said, keep in mind that ARCs have typos in them. Usually the typos aren't that bad, but in My Fair Godmother . . . yowza. I think the publisher used someone who didn't actually speak English to go over them. Why else would somebody change the word Yankee to yanker? I mean, that makes no sense. When was the last time someone told you, "Go home, yanker!"

Worst still, in the climax a snake is a snack. Yep, not many people are really afraid of snacks so it changed the whole meaning of the scene.

But who knows, if the book ever becomes a movie, maybe those typo-filled ARCs will become collector editions. (This is my attempt to make you covet one.)

Since Chrysanthemum Everstar, Fairy Godmother extraordinaire, loves to send people to fairy tales, I'll need to choose some new fairy tales for book three--assuming I ever do a book three.

So to enter to win, leave a comment about which fairy tale/myth/folk story hero you would like to see in book three. (Keeping in mind that Cinderella, Snow White, Rumpelstiltskin, and Robin Hood have already been used.)

Followers get double chances, so mention if you are a follower in your comment.

And may you live happily ever after!
Posted by Janette Rallison at 5:51 PM 57 comments:

Labels: book give away, My Fair Godmother

I've always been grateful that authors don't count as real celebrities, since there is some unwritten law that celebrities have to frequently dress like expensive clowns. I mean, really, what was Rihanna thinking when she bought this outfit? And for that matter, what was the fashion designer thinking when s/he designed it? 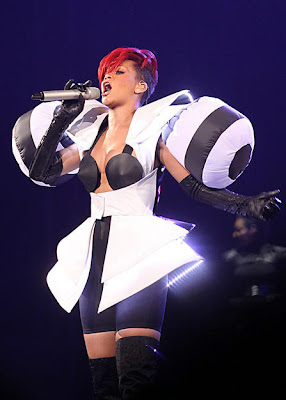 I'm imagining some drunk guy with a fake European accent saying, "At last, I have created the perfect blend between water-wings and dice!"

Or how about anything Lady Gaga wears. This for example: 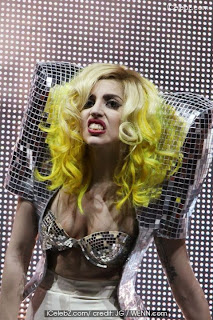 The perfect blend of a life jacket and a disco ball.

But recently it has occurred to me that the reason that celebrities dress this way is so that people will plaster their photos around. Hey, it's free advertising. In this spirit, I'm beginning to think that I should dress like a celebrity at all upcoming author functions. So what do you think I'd look better in this: 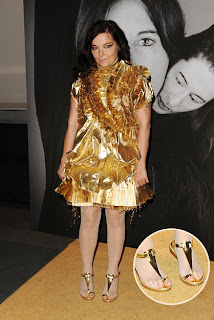 Maybe I'll just save myself time and wrap a roll of tin foil around my body.
Posted by Janette Rallison at 8:15 PM 11 comments:

Labels: fashion and the author, no bad publicity--just bad clothes

How you know it's summer in Phoenix 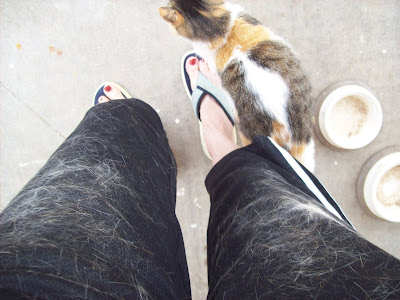 Your cats shed a lot. Yeah, she looks innocent, but she has ulterior motives for wanting to be petted. Honestly, this cat creates fur clouds every summer.
Posted by Janette Rallison at 11:09 PM 12 comments: