Give-away: How to Take the Ex Out of Ex-boyfriend & trailer 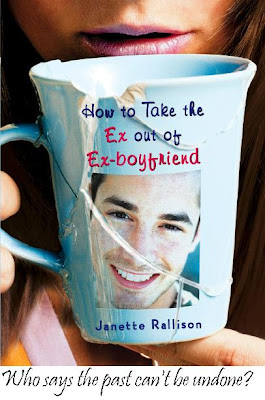 I took your advice and with the help of my awesome friend, Angela Fox, I changed the music for the How to Take the Ex Out of Ex-boyfriend trailer.

Let me know what you think of the new music choice.

Also Random.org will choose one of the commenters to win a copy of How to Take the Ex Out of Ex-boyfriend.
Posted by Janette Rallison at 11:41 AM 41 comments:

Labels: book give away

Other Downgrades We Should Make 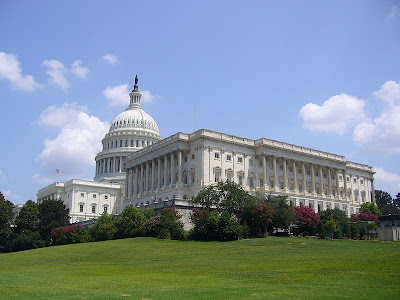 In light of the S&P downgrade to America’s credit rating, we here at the Rallison Think Tank have been pondering what other things in the world ought to be downgraded. We’ve come up with a list of ten.

1) The Great Salt Lake. It has now been downgraded to: The Average Salt Lake. With that fishy smell, um, it’s really not all that great.

2) Mars. For decades it’s promised us invading Martians with ray guns, but thus far all the planet has produced in the way of scientific interest is the possibility that it once had water. Big deal. We’re downgrading it to: Pluto.

3) Rock stars with royalty names. Sorry Prince and Lady Gaga. Although we like some of your songs and you amuse us with your sparkly clown outfits, you’re still not monarchs. We’re downgrading you to: ‘talented peasants’ status and will refer to you respectively as “Wench Gaga” and “Plow Boy”.

4) California. Its motto says that it’s The Golden State. But with gold prices being what they are, we’re downgrading California to: The Plastic State. It fits better anyway.

5) Las Vegas. For years it has been luring tourists to its casinos with pictures of girls in feathered headdresses and promises that transferring our bank accounts into the slot machines will be fun! But I don’t think so. We’re downgrading Las Vegas from a vacation destination to: A Sauna With Flashing Lights. And we’re changing its name to Loss Vegas.

6) Hershey Kisses. With a name like “Kisses” and a product that is supposedly made of chocolate, you’d think this candy would be something to swoon over. But no. Hershey Kisses actually have a waxy taste, which makes us wonder who Hershey was kissing. We are therefore downgrading Hershey Kisses to: Brown Crayons.

7) The dollar. Due to its buying power, it’s been downgraded and will now be referred to as: A Flammable Quarter.

8) The physical book. It’s not that I don’t love them. I want bookstores to sell lots of physical books. But alas, the experts keep predicting their demise and last I heard, sales were down 40 percent. Therefore we sadly downgrade physical books to: The Hallmark Card Section of the Grocery Store. People who care, still want to send the very best. We will now stop with this analogy as we are sniffling.

9) The Great Wall of China. Okay it’s big and impressive but did it ever really stop anybody from invading? Therefore we’re downgrading it to: The Longest Tourist Site Ever Created By Man.

10) Congress. We’re downgrading it to: A Reality Show. And we wish it wasn’t our reality that it was messing up.
Posted by Janette Rallison at 5:31 PM 18 comments:

Hello my blogworld friends. I decided to have a book trailer for one of my backlist books, How to Take the Ex Out of Ex-boyfriend (With the hope that eventually I'll have trailers made for all of them.) and since I couldn't find an upbeat song that I liked and that had words that matched, I told my rent-a-teen Andie, to just use the instrumental for You've Got My Heart.

I think it turned out cute, but my daughter pointed out that after the trailer for Ex-boyfriend is played on Youtube, the next one that comes up is My Unfair Godmother, which uses the vocal of the same song. She thinks it seems unprofessional to use the same song for both trailers.

I'm going back and forth as to whether or not she's right. So what do you think? Can you watch both trailers and tell me whether you think I should have Ex-boyfriend's redone with a new song?

Labels: How to Take the Ex Out of Exboyfriend book trailer
Newer Posts Older Posts Home
Subscribe to: Posts (Atom)