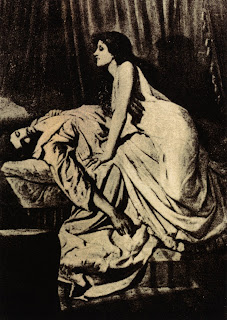 Insomnia has long been my nemesis. It used to be that I would only get it if I was stressed, or upset, or excited, or in a different bed, or if the air molecules weren't circulating in just the right way in the room.

But last year all of that changed. Meaning, it got worse. For two weeks straight I was averaging about four hours of sleep a night. I felt like my head was about to fall off my body. It was literally hard to think straight.

Surprisingly, it didn't affect my writing ability all that much. I actually wrote a good portion of My Unfair Godmother during that time. (What else are you going to do when you wake up at three in the morning?) It did, however, affect other important cognitive functions, like being able to discern the difference between laundry soap and fabric softener. I was constantly pouring the wrong one into the washing machine. In my defense, they were both in blue bottles. Okay, one was a light blue bottle that read: FABRIC SOFTNER and the other was in a dark blue bottle that read: CHEER, but still. Who notices those sort of details when your head is about to fall off?

So I finally went to my doctor and he prescribed Ambien.

I must admit I was a bit worried after I read about the side effects. The list starts out with dizziness, and daytime sleepiness, and then if you're still reading it mentions that people have gotten out of bed, driven vehicles, eaten food, made phone calls, oh yeah, and had sex while not fully aware.

Alas, that has never happened. Maybe I should have noticed in the side effect section that not once did it ever say: People have gotten out of bed and done their work. Which makes me wonder if all those people who got caught doing those other things were just using Ambien as an excuse. (No really, Officer, I don't know what I'm doing here in the red light district. It must be the Ambien.)

Anyway, I'm very glad to have my little pink friend on nights when I can't sleep. I highly recommend it--even if your Ambien personality won't be doing your work for you.
Posted by Janette Rallison at 8:50 AM 45 comments:

Labels: Ambien, Does anyone actually read the listing of side effects?, Insomnia

Writing the Teen novel for teens. (Although I imagine moms who bring their teens will be able to sit in too.)

Then again, being a writer is less stressful than playing golf 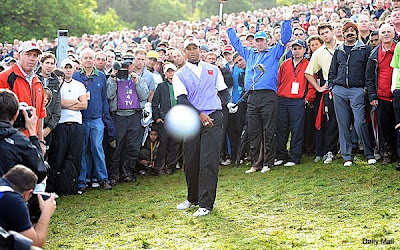 But here's the thing that got my attention. Do you see the crowd that's behind him watching him play? EEEEEK! How many of us could spell our name accurately let alone hit a golf ball if a crowd that size was watching to see whether we messed up or not?

I realize that I have that many people reading my books and more. They'll know whether I bomb my next book. Still, I am sooo glad they're not watching me type or I'd be too stressed out to put my fingers on the keyboard.

So yeah, being a writer is great. We can spend time editing out our mistakes so the world doesn't see them.
Posted by Janette Rallison at 6:14 PM 8 comments:

Cathy W come on down!

Okay, this isn't the Price is Right, but I've always wanted to say that anyway. Cathy W, you won, so email me your address at jrallisonfans at yahoo dot com and I'll send your book to you.

The rest of you, don't despair, I'll be doing another book give away soon.
Posted by Janette Rallison at 2:13 PM No comments: 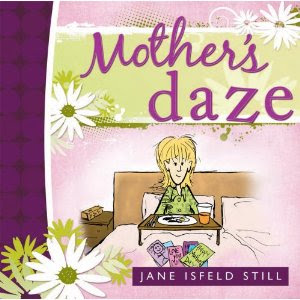 One of the funnest parts of going to writers' retreats is meeting new authors and getting their books. Author Jane Still generously donated one of her books to give away on my blog. It's an 82 page Erma-Bombeck style book on the joys of pregnancy and motherhood.

My favorite part was about morning sickness:

I find it ludicrous that some men, including doctors, have the nerve to suppose that throughout the entire span of history, women were so stupid that they couldn't invent a sickness that was a little less repulsive. If I were going to concoct a disease, it would have something to do with eating expensive chocolate. It would not involve sticking my head inside a toilet for a preview of last night's dinner being re-served in the form of warmed-over soup.

So, so true. Do you know who came up with the idea that morning sickness was a psychological phenomena? Freud. Do you know why he thought that? Because he was never pregnant.

Anyway, if you'd like a chance to win Mother's Daze, leave a comment in my blog about your favorite or least favorite part of motherhood. My followers get double chances and if you also happen to be a follower of Jane Still, make sure to mention it and you will get triple chances.

Her blog is at http://janeisfeldstill.blogspot.com/
Posted by Janette Rallison at 5:05 PM 23 comments:

Labels: Why I hate Freud

Because I'm still doing revisions (I would be done now if I'd written a 250 page book, but no, I just had to write one that was nearly 400 pages. When will I ever learn?)I thought I would tell an editor joke--but first, here are some writer jokes.

How many science fiction writers does it take to change a light bulb?

Two, but it's actually the same person doing it. He went back in time and met himself in the doorway and then the first one sat on the other one's shoulder so that they were able to reach it. Then a major time paradox occurred and the entire room, light bulb, changer and all was blown out of existence.

How many mystery writers does it take to change a light bulb?

Two. One to screw the bulb almost all the way in, and one to give a surprising twist at the end.

How many editors does it take to change a light bulb?

None. They just find the problems, they don't fix them.
Posted by Janette Rallison at 8:08 AM 6 comments: